I picked up Night Theatre, by Vikram Paralkar, after reading FictionFan’s review. The premise of the book grabbed me immediately: a former surgeon, who is now working in a run-down and poorly-resourced clinic in rural India, is disillusioned and disgruntled. One evening, following the local polio vaccination drive, he is visited by three strangers, who have wounds they could not possibly have survived. In fact, they didn’t – they died, and have perhaps been dead for some time. The doctor is presented with a challenge: if he can mend their injuries by dawn, they have a chance to live again. 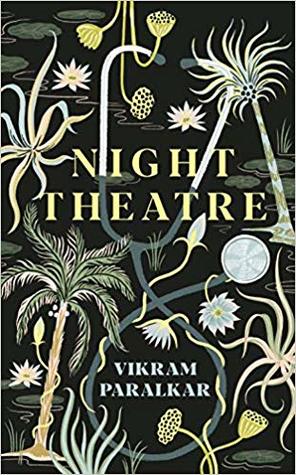 This is a strange and brilliant book. Although, on the face of it, it’s a fairly simply story, the author uses the premise to address all sorts of issues around life and death, faith and uncertainty, and how to treat other people. For example, if these three people are dead, is it even right for him to operate on them? It takes him into the realm of interfering with the afterlife. Most surgeons behave as if they think they are a little bit godlike, in books and in real life, but this really takes it to the next level. The doctor has to wrestle with whether his actions are really appropriate. It’s a decision he’s never had to make before – not in this way – and you get the sense that this is going to become one of those moments that affects the rest of his life, one way or another. And yet it does not feel like an interminable conversation between two students about philosophy, or a debate on medical ethics – these issues are woven really effectively into the story.

Night Theatre also has an excellent sense of place. I don’t mean the rural Indian village, though I suppose that is also true, but rather the clinic itself. Almost all the action takes place within those four walls, and I could almost see it in my mind’s eye. I don’t have a particularly visual imagination, so for this to be painted so vividly is truly impressive. The dusty office, the bare-bones supplies, the little kitchen in which his pharmacist colleague prepares a midnight meal for them – all of this is beautifully described. I’ve read plenty of books set in hospitals and clinics, but I don’t think I’ve ever read one where the setting was both this familiar and this alien all at once. I think that is a testament to the quality of Paralkar’s writing.

Perhaps unsurprisingly, as a former surgical nurse, the clinical details were what really drew me in. The author is a doctor himself, a haematologist, so the surgeries depicted in the book are described in fascinating but not gratuitous detail. I was intrigued by the challenge he faces. Operating on people who are dead, but may come to life again, is both easier and harder than on people who are definitely alive. No need for anaesthetic, no airway management – but, at the same time, if you nick a major vessel or your stitches aren’t perfect, there will be no spurt of blood to warn you. The first you will know of it will be when your patient dies of a massive internal haemorrhage as the sun comes up. The doctor explains to his patients that, even if he is able to fix their wounds, that will be just the start of their problems – they will need weeks of intensive care that he, the lone qualified healthcare professional in the village, will not be able to provide. Similarly, the clinic is not equipped with the resources needed to provide that level of care to even one person. Night Theatre poses many questions about when it is and is not right to operate on someone, and it doesn’t answer them all, but it is gripping.

No spoilers, because I was kept guessing the whole way through about what would happen, but I thought the ending to the book was perfect. Rarely have I felt like the conclusion to a book fit its themes and issues so masterfully. Paralkar is an exceptional writer, and I can’t wait to see what else he produces.

NB In the US, I think this book is available as “The Wounds of the Dead”. This is a much worse title, but I presume it’s because the phrase “operating theatre” is a UK one and therefore the wordplay doesn’t work elsewhere.