This year, this fated year, was meant to be the first Very Exciting Travel Adventure that I’d ever had. I’ve been to a few countries in Western Europe – mostly for work rather than pleasure – but never ventured further away than Italy. I was booked onto the Trans-Mongolian Railway with a friend, and we were going to spend three weeks travelling around Russia, Mongolia, and China. The plan was to start in St Petersburg and end up in Beijing, and we were both very excited. In unsurprising news, we are not going to go this summer. We have managed to move our deposits to next year, and hopefully things will be sufficiently recovered by then that we both feel like it’s a risk worth taking – I’m honestly not 100% convinced we will – but in the meantime, I am obviously quite sad that my adventure isn’t going to pan out as planned.

Not to worry though – there are always books. I’ve never read any of the Russian masters, I’ve read very little Chinese literature, and I could only name one Mongolian author. Therefore, in lieu of travel, I am trying to develop a list of all the books I can read between now and August 2021, both to help me manage my disappointment at the change and to prepare to have an even better adventure next year.

Dr Zhivago by Boris Pasternak has been sitting on my shelf, lo, these many years. I know almost nothing about it – I bought it in a charity shop unaware of its status as a classic, because I liked the first page and it was dirt cheap – and have never picked it up since.

Anna Karenina by Leo Tolstoy. Last time I tried Anna Karenina, it suffered from being my gym audiobook, meaning a) that I only listened to it in the irregular fits and starts of my attempts to go to the gym, and b) I did not pay very much attention to it because I was too busy making sure that I had my posture right for rowing. Time for attempt two?

Crime and Punishment by Fyodor Dostoevsky. Dostoevsky, like Tolstoy, is a huge gaping hole in my knowledge of classic literature – I am planning to start here, largely because I like the covers of this Vintage Classics Russian Masters series so much.

Dressed for a Dance in the Snow: Women’s Voices from the Gulag by Monika Zgustová – I heard about this over at What’s Nonfiction?, and have been trying to get hold of a copy ever since. In genuinely brilliant news, my library has reopened (albeit with very sensible and strict precautions)*, and the copy of this that I requested back in January has now arrived.

The Unwomanly Face of War by Svetlana Alexievich. I have always been fascinated by the history of women in the military, especially those who have served in non-healthcare roles, maybe because it is so far from anything I could do myself and I want to know what it’s like.

Mongolia by Jasper Becker. This was given to me by the lovely El Rhodes at the London Bookshop Crawl earlier this year – El has travelled extensively in this area and recommended this as a good starter.

Genghis Khan: The man who conquered the world by Frank McLynn. The most famous part of Mongolia’s history is Genghis Khan, about whom I know almost nothing. This biography seems like a good place to start.

The Secret History of the Mongol Queens by Jack Weatherford. This book is about Khan’s daughters, whom he installed as leaders in various parts of his empire, and in particular Queen Mandhuhai, who apparently rose to power as an impressive military leader.

History of Mongolia: From World Power to Soviet Satellite by Baabar. This book provides an overview of 20th century Mongolian history from a Mongolian historian. Given my difficulty in finding books translated into English, there is no way that I am going to skip over this one.

A Hero Born: Legends of the Condor Heroes by Jin Yong. I’ve been meaning to read the Condor Heroes series ever since it was translated into English in 2018. Unusually, I’d heard of it even before it was translated, thanks to its reputation as the Chinese Lord of the Rings. Every now and then, a fanboy who is (reasonably enough) impressed with his own ability to read Chinese pops up in an LOTR forum to bang on about it. This is also kind of a two-for-one, as it’s set partly in ancient Mongolia.

Red Sorghum by Mo Yan. This novel follows one family over three generations in China, beginning with the Japanese occupation that occurred in 1939. According to Goodreads, it looks at China’s changing relationship with Japan over the 20th century – a topic I vaguely recall reading about in Wild Swans, but otherwise know very little about.

Forgotten Ally: China’s World War II, 1937-1945 by Rana Mitter
Honestly, I did not realise, until I started researching for this list, that China was one of the Allied forces during WWII. I should have known, because I did know they were at war with Japan at the time – but somehow I didn’t link them in my mind at all.

The Tragedy of Liberation: A history of the Chinese Revolution, 1945-1957 by Frank Dikotter
I do at least know more about this than the Chinese role in WWII – but still not tons. I have a general impression of it as being very different to the Russian revolution, which I studied in school, but that’s about it. 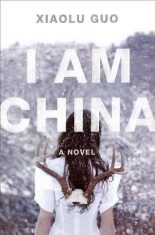 I Am China by Xiaolu Guo
I read about this initially over on Doing Dewey, and it sounds right up my street. A London-based translator becomes absorbed in the lives of a Chinese couple whose diaries and letters she is translating. Guo has written extensively in both English and Chinese – looking at her backlist, a lot of her books sound great, so I will be delighted if this turns out to be the work of a kindred spirit author.

Okay, here’s my question – what else should I be reading? I’ll read almost any genre (not horror or romance) and I also love nonfiction, so if you have a favourite book by an author from one of these countries, or about one of the countries, please let me know! In particular, I’m very keen to read any books about Mongolia’s transition from communism to democracy. As far as I can tell, it is one of relatively few countries in the former USSR to have had a non-violent revolution followed by nearly three decades of stability, and I’d love to know how they did it, but I can find very few sources out there other than academic papers. I also know a reasonable amount – not tons, but some – about China under Mao, but very little about subsequent decades. And all my Russian novels are classics – are there any contemporary novels you’d recommend?

*I know there are lots of book bloggers out there who work in libraries in some capacity or other, and I just wanted to say thank you. I had a small cry when I got the email to tell me my library was reopening – it’s the first thing in the gradual easing of lockdown that has made me feel like maybe things will be normal again one day.

18 thoughts on “In Lieu of Travel”