Another cooking project – though this one is a bit less involved than the cassoulet. The Silver Spoon is a collection of classic Italian recipes originally assembled by the magazine Domus in the 50s. My version was translated and published by Phaidon a few years ago, and contains 170 of the original 2000 recipes. Based on my excellent experience cooking from this truncated version, I expect that I will be splashing out on the full edition sometime. 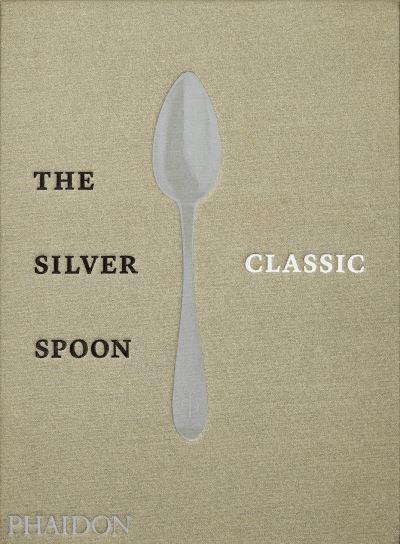 I made the Cocoa and Cream Semifreddo from the desserts section, and it was very good indeed. In brilliant news, we are now allowed to have people over (one at a time, sitting 2 metres apart, and strictly no hugging), so I had a friend round to eat pizza and follow it up with this semi-authentic Italian dessert. It was extremely delicious, and relatively easy to make. I’ve made ice cream and sorbet in the past, and I think this was probably the easiest frozen dessert that I’ve made to date. After the puzzle that was following an Elizabeth David recipe, it was a relief to find the instructions so straightforward and precise. Other than knowing when the double cream is just whipped to perfection – which is not one of my skills, but I managed it this time! – this recipe doesn’t call for any special or particular culinary knowledge, either.

A couple of suggestions if you fancy making this: the recipe seems to suggest that the cocoa should be added dry, but in future, I will make it into a paste with hot water, or heat the leftover milk and combine them before adding it. It was very difficult to integrate it into the mixture, and the final semifreddo had small clumps of frozen cocoa powder scattered throughout. That’s not the end of the world, as they effectively turned into dark chocolate chips, but it didn’t have the smooth texture that the recipe is aiming for. I’ll also weigh the two halves of the mixture before I add the cocoa in future. This time I did it by eye, and ended up with unequal quantities and therefore uneven layers. I suspect someone more aesthetically minded would have smoothed each layer with a spatula before adding the next, but I was perfectly happy with my wonky layers.

I’d also recommend getting this out of the freezer at least twenty minutes before you want to serve it, as it was very frozen. When my guest tried to put a spoon into her portion it almost shot across the room. Semifreddo means half-frozen, and once this starts to defrost it becomes soft and creamy. It’s still nice when frozen solid (if you can eat it), but it improves dramatically if you let it sit for a while. It made six portions (rather than the eight promised in the recipe – maybe I’m just greedy), which I consumed quite happily in less than a week. For something that is full of whipped cream and full-fat milk, this actually tastes relatively light. It’s more like eating a sorbet than an ice cream in terms of how much it fills you up.

Anyway, this recipe and this book are highly recommended. Part of the reason I picked this recipe is because all of the ingredients were easily accessible to me at the corner shop, which was not the case for every recipe in the book, but I could find most ingredients in the book in my mid-sized non-London English city if I tried hard enough. I’m so glad I added these cookery books to my 20 Books of Summer list – so far, it’s been a huge success!

5 thoughts on “Semifreddo from The Silver Spoon #20booksofsummer20”